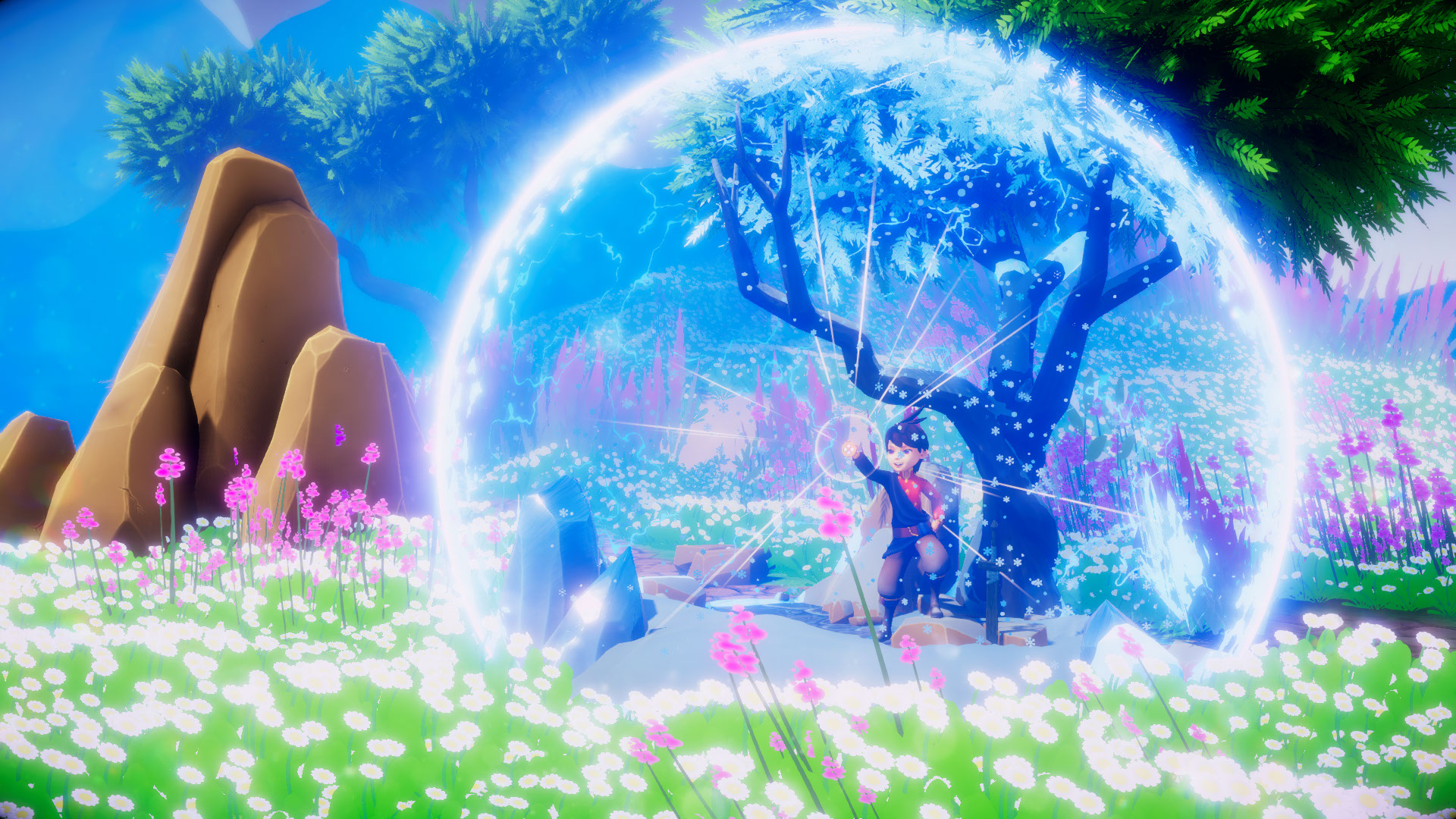 At first, Black Hive seemed to fit well with a linear level design with one objective: The Hive. In that way, the operator has one major path with different options. The creatures can prepare their assault easily according to the operator’s movement and try to defend their Hive.

This caused a lot of problems for replayability, the hunting intention wasn’t working and the pace of the game was not what we expected.

After a few iterations on paper, I made a first draft in 3D to define the metrics. With that, we were able to create modules that I used to build the level.

My goal was to set up space on paper, make sure it worked in engine with the proper scale and iterate in that way. The objective was to create the level according to the metrics to reach the desired experience. For example, the different zones have different rules concerning the vents. No less than two vents by zones: one to go inside/outside and another to go up or down. Additionally, there shouldn’t be more than 3 by vent type.

In that way, I can rationalize my process in level design. Of course, during the whole process I made playtests with different members of the team, but also with random playtesters to make sure that it worked. This allowed me to resolve many problems concerning the framing.

Black Hive is an asymmetrical multiplayer confrontation game. One soldier  confronts three creatures. The soldier's experience is a horror-themed FPS whilst the creature's experience is an infiltration-oriented third person game.

As a result of the mix of these different types of gameplay, Black Hive is a substantial challenge. I did some research on other games with similar problematics in multiplayer  to understand the different problems that I would have to face.

How to manage the level design for two differents gameplays in multiplayer. 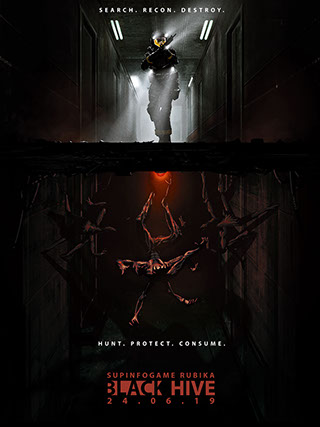 I also put on paper the main intentions for the level design that were set up in two different parts. First, the intentions concerning the operator and also for the creatures. Lastly, as the game takes place in Amsterdam, I made a moodboard of the city to help me better understand the spaces that I will have to create. 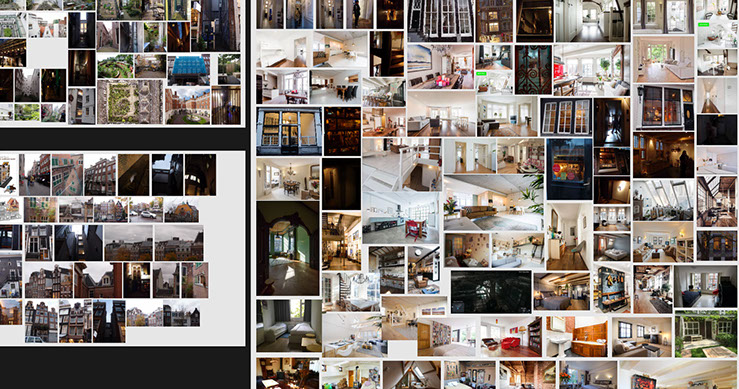 Finally, I built the entire level on UE4 with the modules and I’m currently still making a lot of playtests to iterate and balance the whole level. 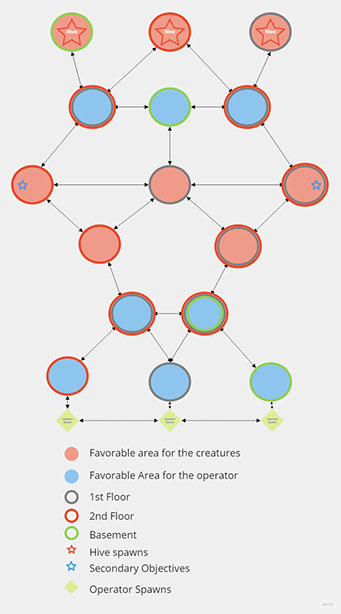 After working on several iterations with a different mindset, I decided to focus on a nonlinear level more adapted for a classic multiplayer game. That resolved a lot of problematics that we had at the same time.

However, we had to manage the navigation that became a much bigger problem.

I started with a flow diagram to set up the different paths of the operator according to his spawn points and the 3 random spawns of the Hive. The goal was to link the different spaces between them. The work was important to create the fundamentals of what the map will be. In fact, one of the intentions for the operator was to make him feel lost. I voluntarily made the level to force the operator to make a choice on the way he has to take since none of the paths are oriented directly to the Hive. As for the creatures, they can go anywhere on the map, whether it is in interior or exterior, having access to the vent system. In that way, they can reach the operator wherever he is.

I also set up the pace of the game depending on which zone will be advantageous for the operator or the creatures.